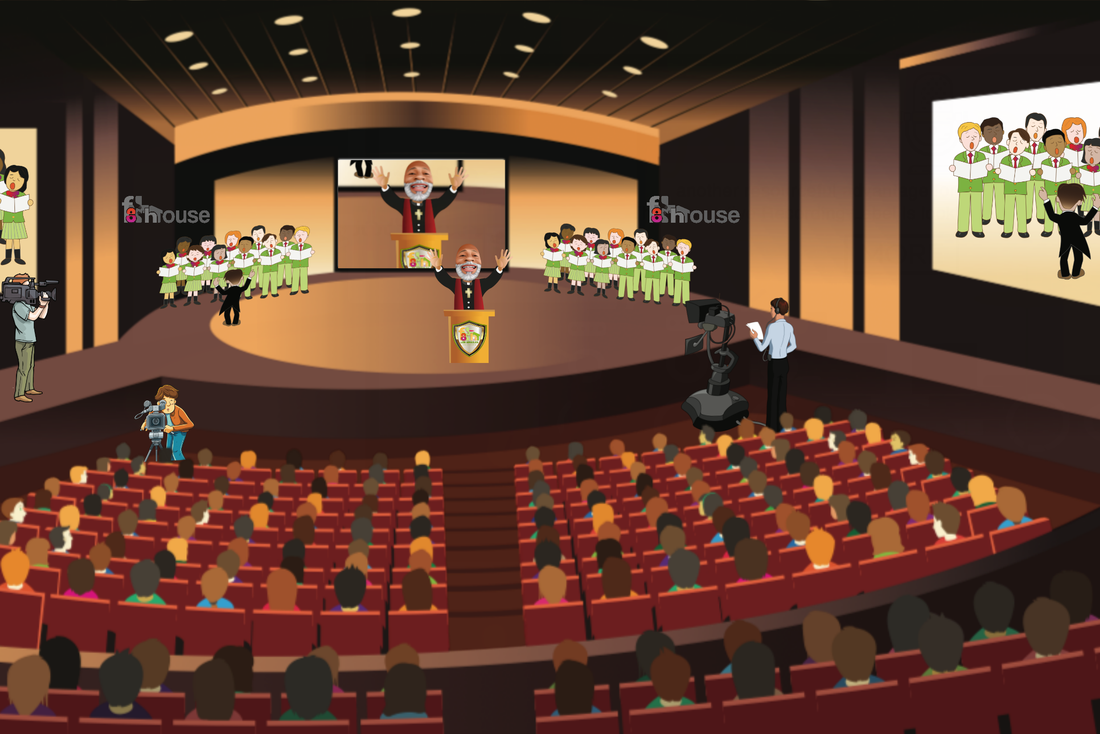 We believe in the Gifts and Ministry of the Holy Spirit... like others we also place strong emphasis on Biblical Teaching but one of the unique separators of f8thHOUSE™ Ministries is our keen awareness to allow the Holy Spirit to affect environmental shifts towards personal miraculous experiences. God has blessed f8thHOUSE Ministries with the development of a unique Principle, called; "f8thISM™".

"f8thISM™" is a systemic approach to "f8th" that people can understand, grasp and apply to their lives in a way which allows them to experience first hand and immediate results from "f8th". It is "One's Demonstration of Belief." By marrying our unique Principle and systemic approach to The Biblical Doctrine Of Faith, we were able to develop a methodology that made understanding "Faith"(f8th), simplistic, practical and comprehensive. You soon come to understand the many mysteries, folklore and Power of Faith (f8th)... how it transforms your life and moves you into  Living Your Blessed Life™ here on earth. People from everywhere experience immediate manifestation of their "substance hoped for"... What ever their personal dreams, visions, goals or Greatness desired, they are finally able to understand the secret to manifesting it through utilizing, living and executing our system. This unique system later became  our Brand and f8thHOUSE™ Ministries was born. Visit our Founder's BIO (here) and definitely pick up his new book to understand the journey and Purpose of this dynamic, God Inspired "f8th" Movement. Our Fellowship of "Believers" have a realistic visual from the Evidence of Substance Hoped for... right Now! 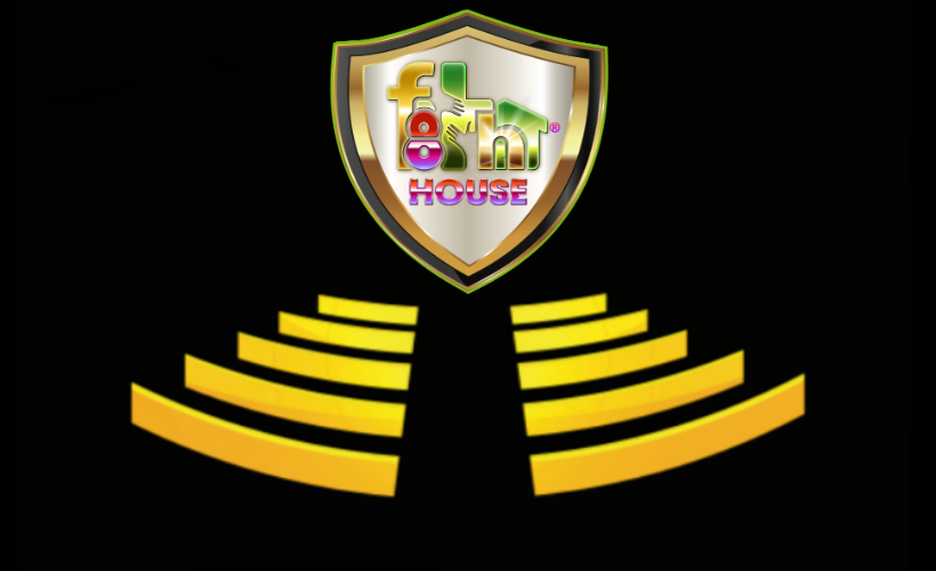 ​Adding this unique delivery and component to our powerfully anointed Biblical Teachings and Moves of The Holy Spirit has added distinctive characteristics to our f8thHOUSE Association Of Churches. These "Houses" all around the world share a very unique environment. Ethnicity, region, language, age, status, intelligence nor appearance, is ever a factor. Furthermore, a Pastor's demeanor... whether highly emotional or dull and non-emotional has nothing to do with the way, affect or power in which God moves. The environmental shifts that affect change is completely wrapped around "f8thISM™" and is detrimental to the overwhelming development, growth and acceptance of f8thHOUSES all around the world.  Who could have ever imagined the impact of just doing what God called them to do, would have had on humanity and how the practice of "f8thISM™" would also become widely accepted and taught among other Religious, Spiritual and Denominational sects, around the world?
​
As a non-denominational, evangelical Fellowship of Believers... f8thHOUSE Ministries, Inc. continues to expand and have our sights set on the Plan of God being fulfilled in the earth. "f8thISM™" is a pivotal part of our magnificent f8thMOVEMENT™ in equipping Believers around the world with life changing alternatives that affect one's personal outcomes according to the Biblical standard, tenets and principle of Faith ("f8th") as declared by God's inspired Word, the Holy Bible. This Principle is the centric cause that moves you to Living Your Blessed Life™ while here on earth

Another unique characteristic of f8thHOUSE Ministries is, how we address our Members. As you've probably noticed throughout the site... there's a deliberate affinity to how f8thHOUSE Members and Guest are referred to and addressed on our Campuses.  We affectionately call all f8thHOUSE Members; "f8thBELIEVERS™." Why, you may ask? Well that's a very appropriate question and here's the answer... f8thHOUSE Ministries, Inc. and The Association Of f8thHOUSE Churches is founded upon a Principle called Faith (f8th). The primary, most important feature of Faith (f8th) is "Belief." The Bible describes Faith as; "Now, Faith is... the substance of things hoped for and the evidence of things not seen." We break Faith down into three very intriguing components, which are;

1. Belief
Interestingly enough this component of Faith was added to the front of the Principle... "Now."
2. Substance
Which is the universal common thread desired by all, around the world... "Greatness."
3. Evidence
Which is always presented and has to be demonstrated or proved... "Action Speaking"

We love Pastor Dan's direct and brief description of Faith("f8th")... His broad reaching and expansive scope of Faith is described as; "Greatness Demonstrated Now™" and you'll understand why as you read along.

It's very interesting to many how God placed the "Now" or The "Belief" component of "f8th" in the front of the Principle. It's important to also note some things you should know about Principles before we get deeper into the Doctrine Of Faith.

A Principle is an actuating agency in the mind or character as an instinct, faculty or natural tendency. Principles are the determining characteristics of something or its essential quality. Principles derive from law, which is always constant. Like Spiritual or Universal Laws which were established in the earth by God and govern everything in the Universe. The dictionary defines a Principle as:

1. an accepted or professed rule of action or conduct: a person of good moral principles.
2. a fundamental, primary, or general law or truth from which others derived: the principles
of modern physics.
3. a rule or law exemplified in natural phenomena, the construction or operation of a machine,
the working of a system, or the like: the principle of capillary attraction.

Dan has written a book called; "TSA... The Secret to Having Things." A phenomenal read which outlines and explains how Faith ties into Universal Law and Energy, to attract things into your life by utilizing the Laws that God created to guarantee human Greatness. Yes, we all were designed to "Thrive" and experience life more abundantly through power that exist within every living, breathing and thinking human being... You and every human being should be Living Your Blessed Life™ day in and day out. One of the most dynamic attributes of Pastor Dan's best selling book is The Creation of a Principle derived from his deep study and research of Faith (f8th), Universal Law, Energy and how all three are independently dependent one upon the other to attract things to your present Reality. Which is illustrated below...
So, the "Now" or the "Belief" component is the activating source of Faith. The emphasis placed on the result of hope is strategically articulated because of "Belief." Without "Belief" there is no Evidence and thus, the substance hoped for... "your Greatness" is never experienced. What "f8thISM™" does is lays out a very simple, well defined road map, navigating the nuances of manifestation. It articulates through practice, the application of Faith in real life scenarios that people are familiar with and transforms their Position or (Frame of Mind)  into legal jargon, which communicates with {Energy • Faith • ​Universal Law} so that regular, everyday people can experience the Greatness, they were intended to experience without being bogged down by parables, mystery or scientific theories. "f8thISM™" then becomes a way of life for the Believer because of personal proven results that they enjoy daily.

The second component; "Substance." Then goes on to express the "Why" of "When." The "Why" of When says... "the substance of things hoped for." Hope is always in the distance and has to be brought near enough, present or to Now, in order to grasp. Your "Belief" is that factor that causes the "movement" necessary to hold "Hope." The "substance" hoped for is always "Greatness." Everyone, wants to "Be" Great, to win in life. People want to be the best! They want to achieve success and accomplish goals. It's human nature and only because of the innate characteristic that was placed inside of humanity at creation, can any person attain the thing "Hoped" for... Now! That characteristic is that measure of Greatness or Faith that was genetically infused in every human being at creation and can never be altered or removed. Now, a person is capable of recessing, covering, suppressing or ignoring daily urges that stir from within to expose Greatness, but that's another lesson, though. So let's get back to this "substance." Substance is always material and has to be seen to be had. Did you hear what I just said? In order to be seen, means you "Believe!" Which means, you moved close enough towards the thing "Hoped" for to possess that thing. I really need you to grasp the enormity of that statement right there. Let me repeat it... "Substance" has to be seen to be had." Once "hope" is established through internal sight, or "Belief" then, one can move to the most mysterious part of the Faith Principle. The third component...  which is "Evidence."

Once a person understands the "hope" of the "substance" and that it can be attained right "Now" then they automatically switch their Position to "how." Their "why" becomes "when" as soon as they demonstrate "how." Boy... do I need you to hear this Beloved...! Evidence is an action Word. Do you remember in the Bible, that God says, "Faith without works is dead?" That's right! Faith (f8th) requires work, action, demonstration. "Evidence" always has to be presented and to be proven. How is "evidence" proven? A person must demonstrate the veracity of their "evidence" which when proven, establishes the premise or how of truth attached to the beginning of the Principle which is the "when" or "Now". Belief always drives a person to action. Belief forces a person to prove "what" the "substance" hoped for is; which then, identifies the thing "publicly" showing its existence by the evidence. The "evidence" is then demonstrated in order to become proof of its very existence, right Now! That proof is then verified by witnesses and becomes the Believer's fact and therefore uniquely branded as theirs. They now posses the truth of existence "Now." f8th is... "Greatness Demonstrated Now!™" ​and is how you find yourself, ​Living Your Blessed Life™ here on earth.

So we can then, ascertain the title bestowed upon Members of f8thHOUSE Ministries as; "Believers" because of the powerful aggregate levels of "Belief" that form a unifying corporate force... producing common occurrences of  miracles, signs and wonders on all f8thHOUSE Campuses around the globe.

f8thHOUSE is attractive because people's lives are benefited through progressively productive self imposed change, that attracts common beliefs to the Believer through a natural practice of "f8thISM" that leads to Purpose.

"Your SECOND step DEFINES Purpose...
your FIRST step, (the LEAP of FAITH)... IGNITES Purpose
and BELIEF, well... that FULFILLS Purpose"